Lib Dems and UKSA challenge Boris Johnson and Home Office on misleading use of statistics to give the impression crime has fallen – when it has increased. 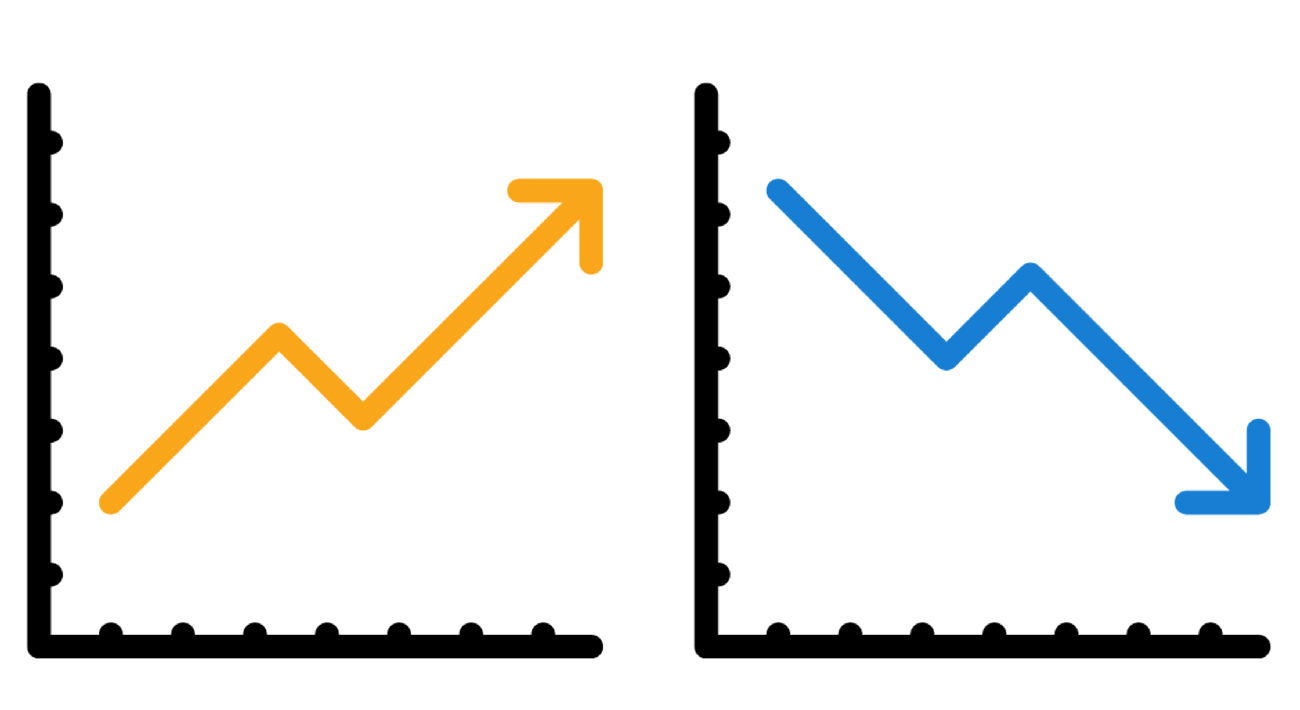 Alistair Carmichael (Lib Dem MP) has received confirmation from the UK Statistics Authority that the prime minister and the Home Office have INCORRECTLY claimed that crime has fallen in the year to September 2021.

As widely reported in the press and the BBC on 03-02-22, Boris Johnson said in The Commons that crime had come down by 14%.

In a letter to Alistair Carmichael, The Chair of the UK Statistics Authority (UKSA), Sir David Norgrove said the prime minister "did not make clear" the figure excluded fraud.

UKSA also publicly stated that the Home Office had presented figures in a "misleading way".

The UKSA was responding to a complaint by the Liberal Democrats, who accused Mr Johnson and Home Secretary Priti Patel of "fiddling the figures".

The government has commented several times on the stats, released this last week for England and Wales, which track crime for the year ending September 2021.

The figures for all crimes estimated by the Crime Survey of England and Wales in fact showed a 14% increase for the period, including a 47% rise in fraud and computer misuse as people moved their lives online during the lockdowns.

But speaking in the Commons, the prime minister said crime had fallen by 14% without mentioning that this figure did not include the rise in fraud and computer crime.

Responding to the Liberal Democrats' complaint, UKSA chair Sir David Norgrove said in a letter the official statistics "quite properly" included fraud and computer misuse and the prime minister had excluded them but "did not make this clear".

He added the Home Office press release presented the statistics "to give a positive picture of trends in crime in England and Wales".

He said the omission of fraud and computer misuse was "stated" in the release but in the title and two other places it had not been made clear crime had only fallen if these offences were not included.

Sir David also noted the Home Office had suggested the fall in other types of crime was related to the government's so-called Beating Crime Plan.

He said "it would have been helpful" if it had been made clear the Office of National Statistics believed that falls in the relevant crime types were due to the pandemic. 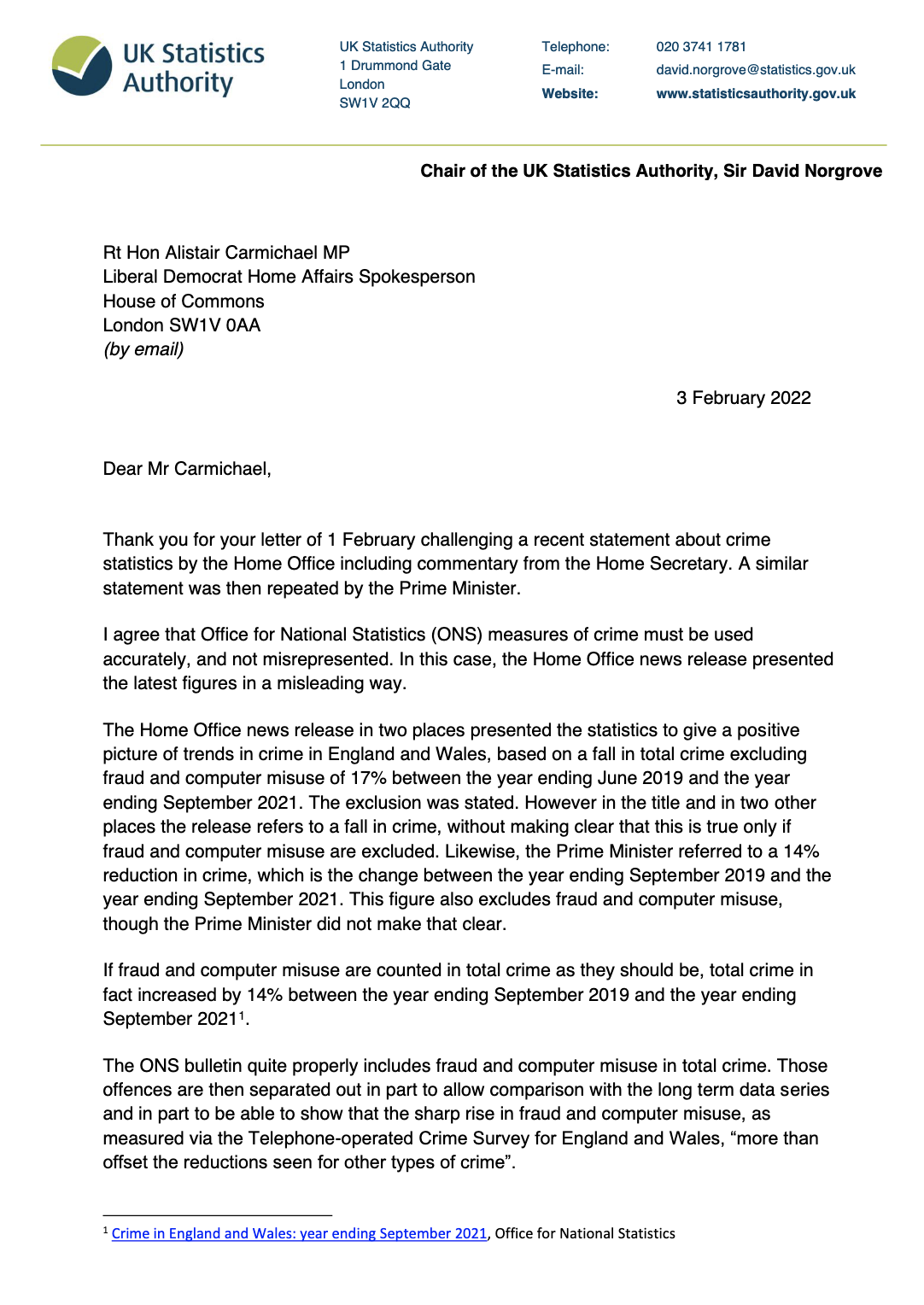 Liberal Democrat home affairs spokesperson Alistair Carmichael MP said: "This is a damning verdict from the official watchdog. Yet more distortions from Boris Johnson and his cabinet to play down the extent of crime.

"When the government's record on crime is so bad that both the prime minister and home secretary feel the need to fiddle the figures, it is clear we need a new approach.

"The prime minister must come before Parliament to apologise for his latest lie and set the record straight."

Liberal Democrat chief whip Wendy Chamberlain raised the issue in the Commons on Thursday, prompting deputy speaker Dame Rosie Winterton to respond: "If an error has been made, I am sure the minister will seek to correct it as quickly as possible."