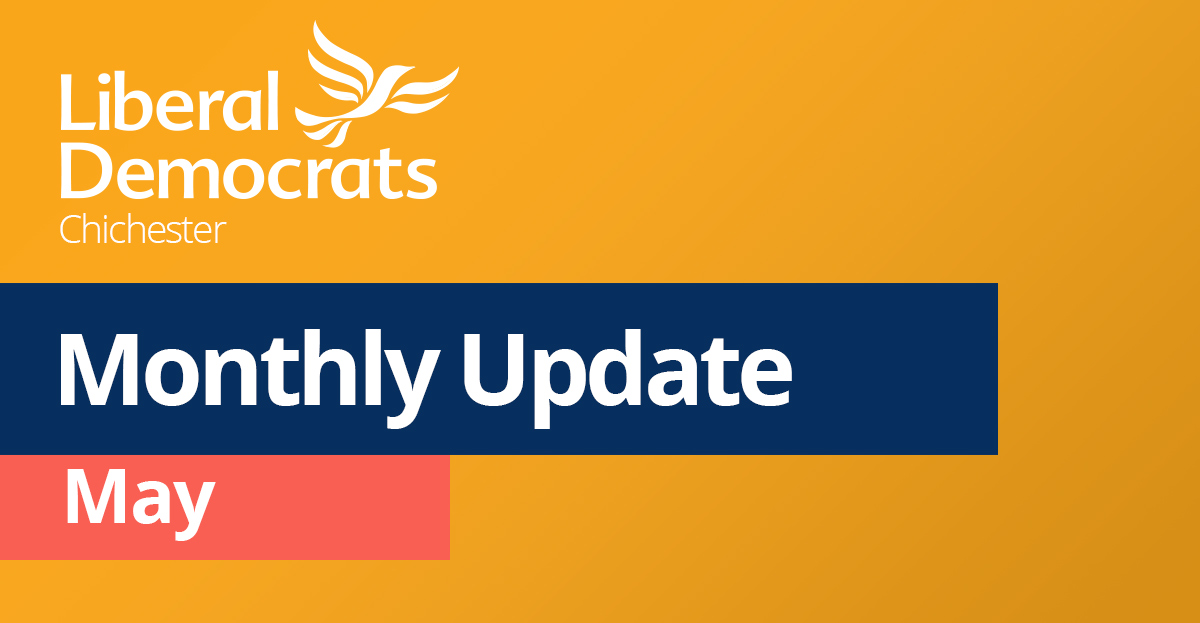 Special mention for District Councillor Gareth Evans (Loxwood ward) – after 2 years of leading the fight against the plans to build a clay quarry and construction materials recycling plant in Loxwood – Gareth and the residents of Loxwood and the surrounding area were delighted to see those plans refused by West Sussex County Council on 18th May. This was not a one-man effort; but Gareth was an exemplary leader! 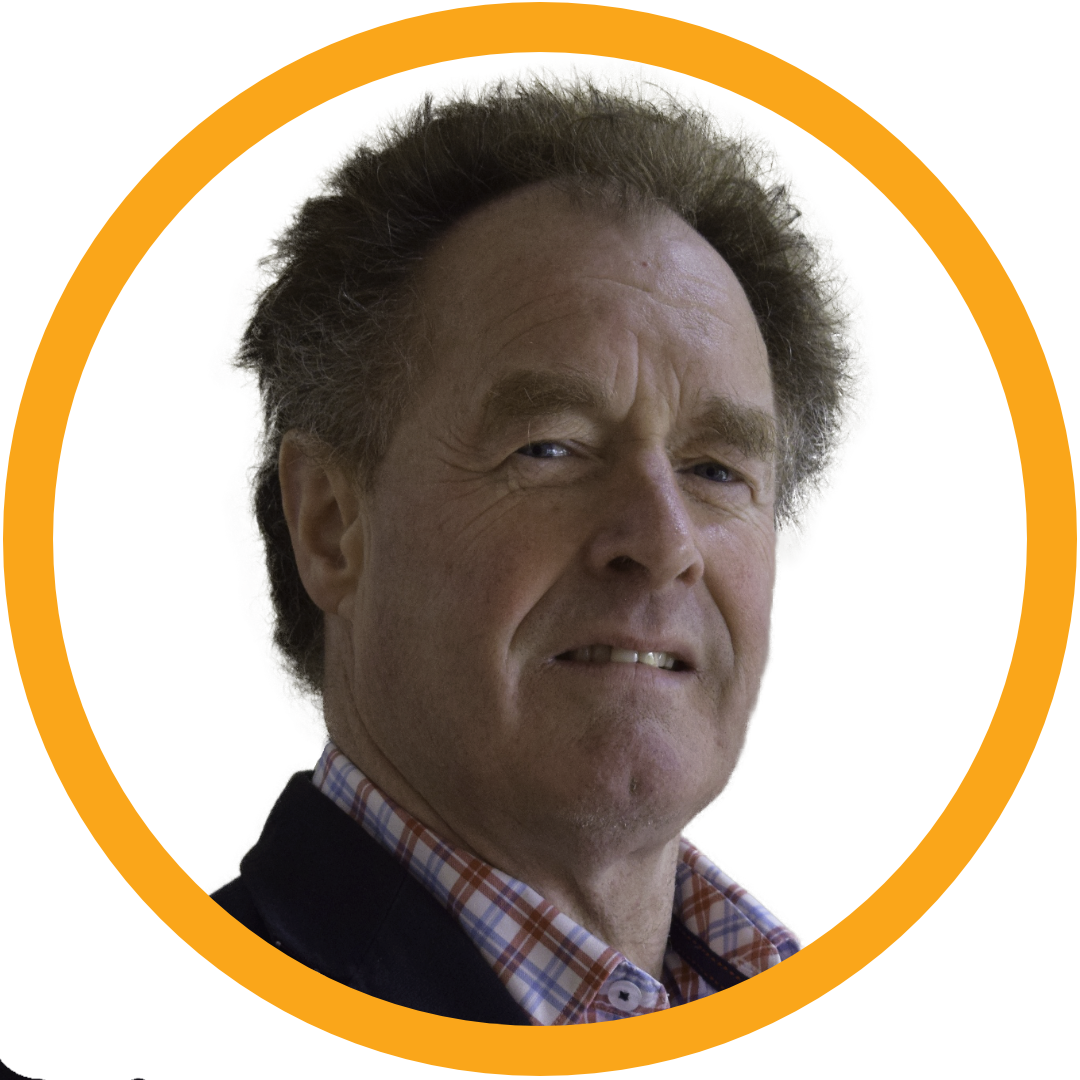 County Councillor for the Bourne Division 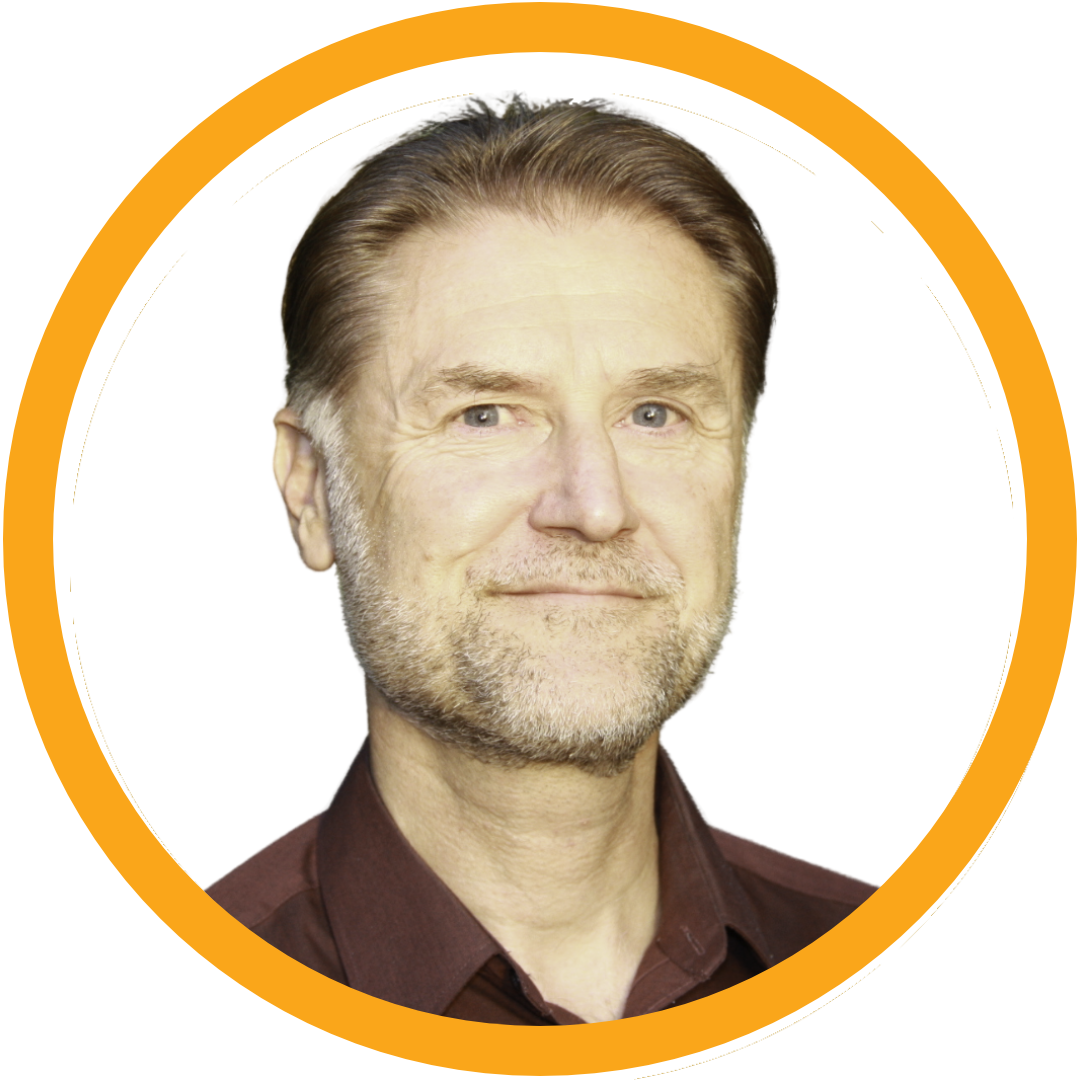 (free!) 16-seater Bourne Bus – a)finalised launch plan for June 2022 b) completed Volunteer driver training and bus familiarisation courses c) Attended Parish lunch and open day at Thorney Island for bus project partners. This has been a Lib Dem driven project from start to finish (with thanks to a number of local parishes who contributed financing)

Education – a) Involved in the fight for placement of a local Downs syndrome child to improve their education outcome b)secured £10,000 from WSCC to build disabled toilets at Southbourne junior school

Parish support in defending against developer appeal for 200 houses

Sharing information on the latest situation on sewage at local works 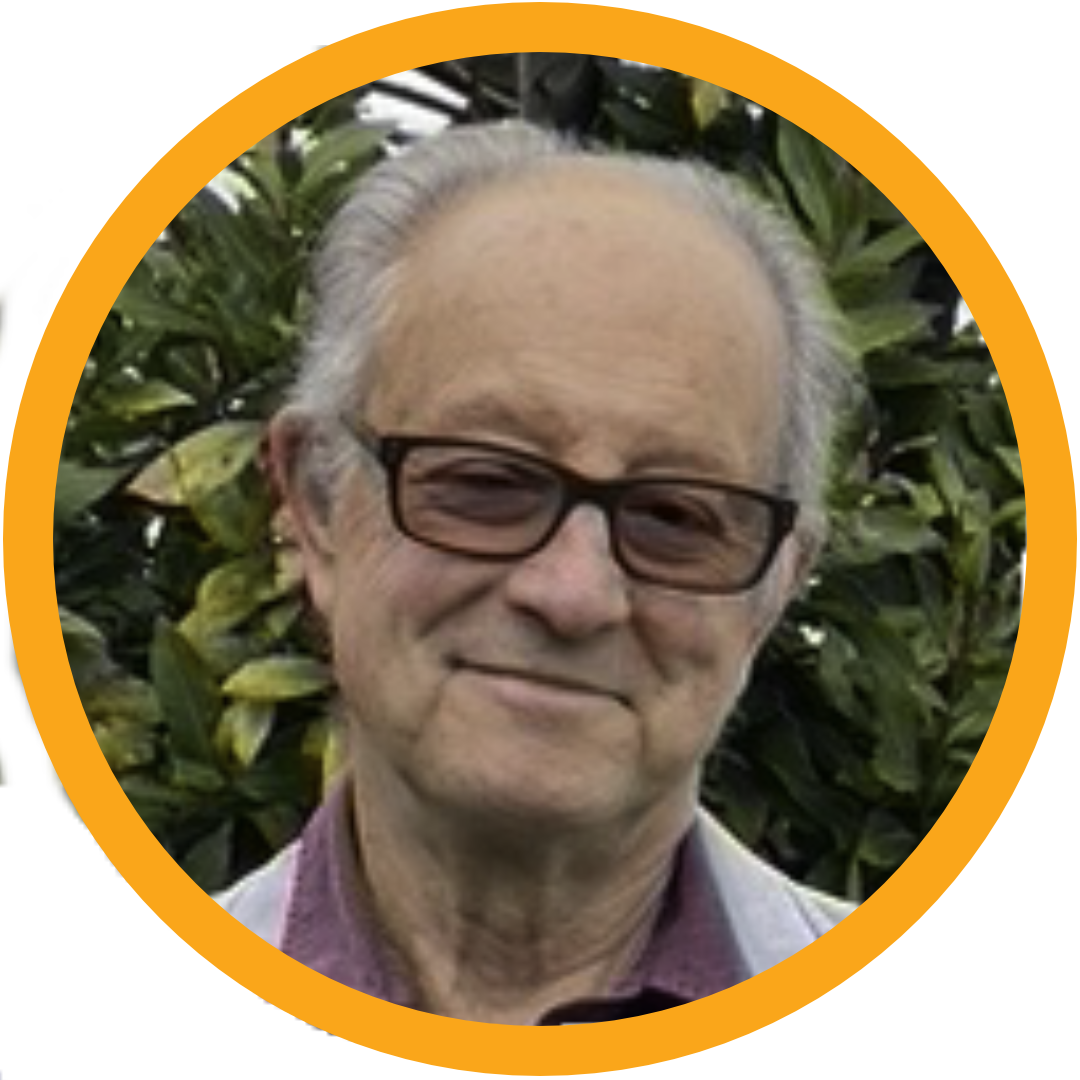 Took part in Development Plan and Infrastructure Panel (DPIP) meeting - helping to take forward the Local Plan Revision which is so pressing for our Housing and Environment and so much delayed by factors outside CDC control, e.g. Water Neutrality in the North – see Housing.

St James Industrial Estate - Following liaison with local residents I chaired a meeting with CDC officers and local residents to review their concerns about noise and vibration disturbance during the night during the construction of St James Industrial Estate. The meeting also addressed the planning conditions imposed to prevent noise disturbance during the future operation of the Estate, together with management protocols and communication arrangements.

Local Speeding Traffic - Following a complaint from a local resident about traffic speeds on St Pancras, I liaised with WSWCC and Chichester City Council about the installation of a Speed Indicator Device. This is a campaign that Lib Dems are championing across Chichester City

The closure of the Oving Rd crossing on the A27 has led to substantially increased traffic levels on St Pancras/Westhampnett Rd. It has also increased the incidence of rat running traffic on Barnfield Drive & Bradshaw Rd. I have responded to complaints by residents.

I met with a resident who had complained about Home Group’s failure to repair her boiler. Subsequently contacted both CDC and Home Group officers. 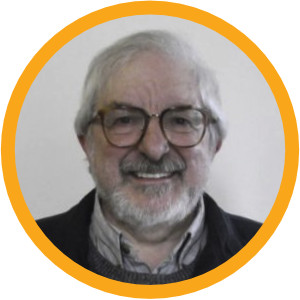 District Councillor for the Loxwood ward 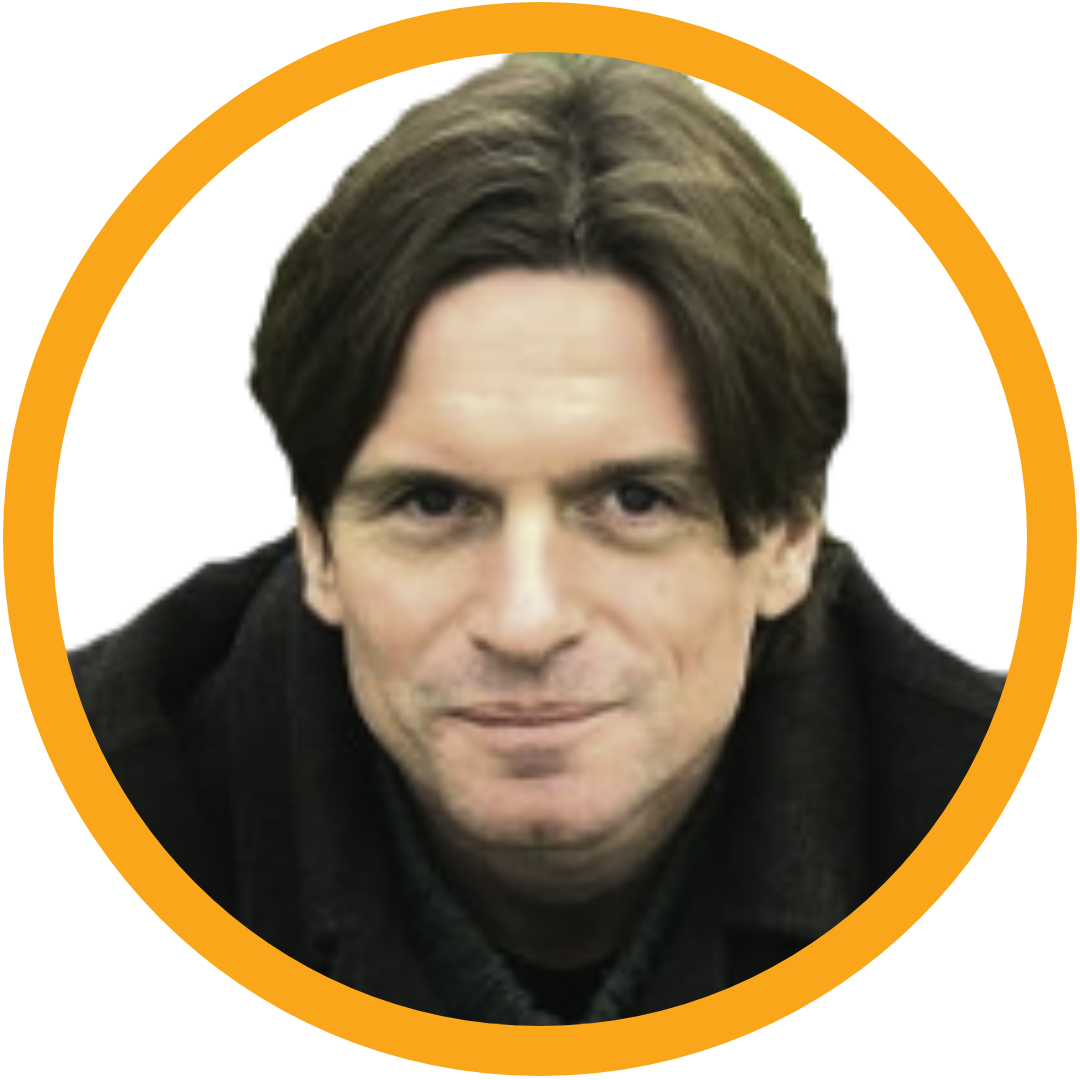 Local Plan Update - CDC are continuing to work closely with National Highways and West Sussex County Council to establish whether they can gain support for the revised distribution of development that Members agreed for testing in January 2022.

In addition, and in partnership with a number of other councils across the county and the South Downs National Park Authority, CDC have commissioned a water neutrality study which covers the northern part of our plan area. This study is crucial to the plan to enable them to complete the Habitat Regulations Assessment (HRA) and provide them with solutions in relation to water consumption to allow new homes to be built. The outcome of this study will not be available until after August and therefore an HRA cannot be completed until after the summer.

This piece of work is necessary to be completed before the Council can submit its regulation 19 Local Plan for examination. Separately, CDC are working through how they can best accommodate the identified Gypsy and Traveller need within the district. Officers and consultants working on behalf of the council have worked options up to a point now that require Member input into various options. This will be the subject of an all-member session in the coming months.

Land South of Willets Way, Loxwood - Several residents have contacted me with concerns over this application. I have been in regular contact with the planning officer and have raised my concerns over this as well as submitting my own written objection. The planning officer has promised another site visit prior to determination, however, could not confirm when this would take place

Land South of Townfield, Kirdford - The planning meeting between applicant and planning officers to discuss the solution to the Water Neutrality issue which was due to take place on 5th May was rescheduled to 23rd May. I was promised an update as soon as the meeting took place and once again have not been provided this and have had to chase again. I will update on this as soon as I get the promised update.

Foxbridge Golf Course, Plaistow and Ifold - I attended the consultation on Wednesday 18th May at Kelsey Hall to see the proposals for this application. Since then, I have received a number of emails from residents who are concerned about this. Some of these I too share and await the true detail once the planning application is made public. I will read these proposals carefully and listen to the residents to ensure your voices are heard.Should you have any questions or concerns about this proposal please email: [email protected] or call 07958918056

The Hyde Group: Update - Following the signing of a new Partnership Working Agreement with Hyde, the Housing Delivery Team along with representatives from Hyde have started work in earnest. The driver for this work is Hyde’s Strategic Plan 2050 with a focus on evaluating options to bring about improvements to the housing stock, community and place. The options being discussed include regeneration, redevelopment and also new development.

The Strategy has 10 key objectives which include:

✓ ensuring all standards for building safety and decency are met by 2030.

✓ reviewing high priority clusters and estates that have been identified for intervention.

✓ completing studies across key estates to understand the investment needed.

✓ facilitating capital investment into the district by providing more homes.

Loxwood Claypit application – unanimously defeated at WSCC planning committee on 18 May. I attended the meeting and spoke on behalf of the community. A huge thankyou to the Stop the Claypit group whom I helped form and whom I worked alongside the last two years. Thanks, should also go to the WSCC officers and councillors for the work they put into scrutinising this to ensure that the application was refused on legitimate grounds.

Cost of Living crisis - The council’s Communications team are doing some sterling work in promoting the financial support measures that the council offers. For details of the financial help available, debt management advice along with a range of other services; please see https://www.chichester.gov.uk/helpwithfinances 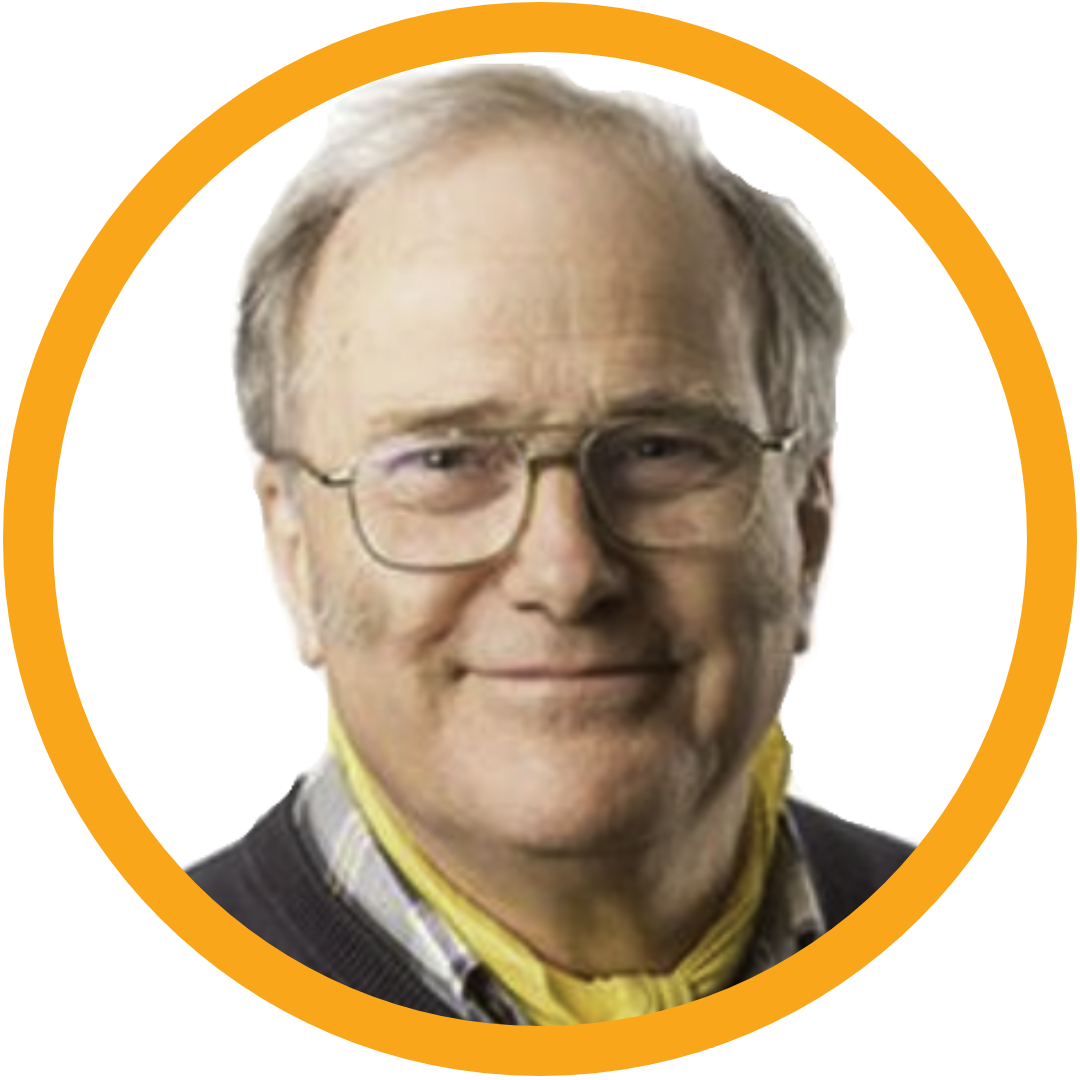 Contributed to a Development Plan and Infrastructure Panel (DPIP) meeting, helping to take forward the Local Plan Revision which is so pressing for our Housing and Environment and so much delayed by factors outside CDC control, e.g. Water Neutrality in the North – see Housing.

Contributed to CDC Planning Committee Meeting which covered new water neutrality requirements. Of note - housing development applications in the North of District are impacted by Natural England’s new demand that all new developments prove Water Neutrality, i.e. the new houses won't use any more water than present. A Loxwood development has been able to prove this with a variety of measures including rainwater harvesting and off-site water savings.

Contributed to The West of Chichester Councillors' meeting with the developers of Housing at White House Farm, now Minerva Heights. Mixed outcomes and still work in progress to see residents needs met. Valuable and influential role of Lib Dems confirmed.

Participated in Councillors’ Growers' Tour of local Horticultural industries to see the environmental measures some are taking re water-recycling and packaging.

Attended an Environment Agency film put out jointly with Town and Country Planning Association, about Planning for flooding, inland and coastal, expected due to Climate Change. 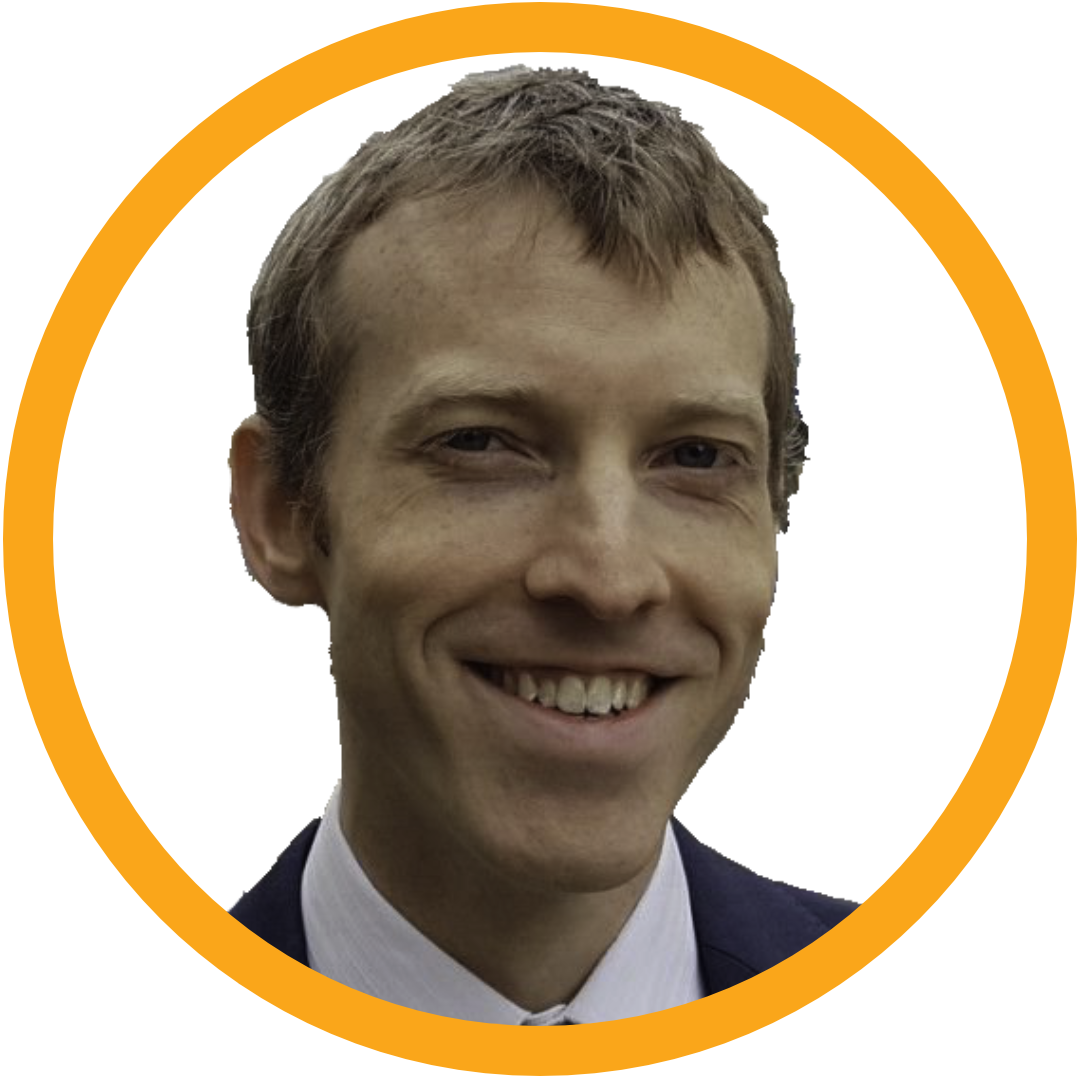 Visited the sites that will be needed as part of proposed public transport hub in Chichester.

Fed into discussions on Levelling Up funding applications, supporting the view that protecting and promoting proper transport links are essential.

Bourne Community Bus, Joined the launch event, getting to know many of the stakeholders much better and how the service will be run.

Joined the members’ tour of local horticultural growers of Chichester District. Heard about their concerns regarding serious shortfalls of workers, problems with the Government’s trade policies and inflation as well as the planning system.

Attended my final residents’ drop-in session as a member of Southbourne Parish Council and heard about concerns relating to Men’s Shed provision and planning and development. All will be taken on board in the policy-making and negotiations to come.

Helped set up and clear away Jubilee Picnic Parties organised by the Graylingwell Park Residents Association and Southbourne Parish Council, as well as working on stalls at both. And had a fabulous time!

Was elected at the Annual Council to represent CDC on the Chichester Community Development Trust. I hope to be able both to contribute to providing more and better community spaces and services and to be able to share lessons that may be of help to the parishes.

Havenstoke Park in Graylingwell - Took part in the launch of ‘Into the Wild’ sessions. Had a really enjoyable time seeing how the wild area contributes to the wellbeing of residents as well as provides a haven for nature.

Attended a community meeting to establish a Friends of Oaklands Park, where I was able to provide some insight into the process from Southbourne’s experience of trying to establish wildlife corridors and the Green Ring.

Joined the members’ tour of local horticultural growers of Chichester District. Heard about their concerns regarding serious shortfalls of workers, problems with the Government’s trade policies and inflation as well as the planning system. Was inspired by some of the efforts being made to mitigate the climate impact of the industry. 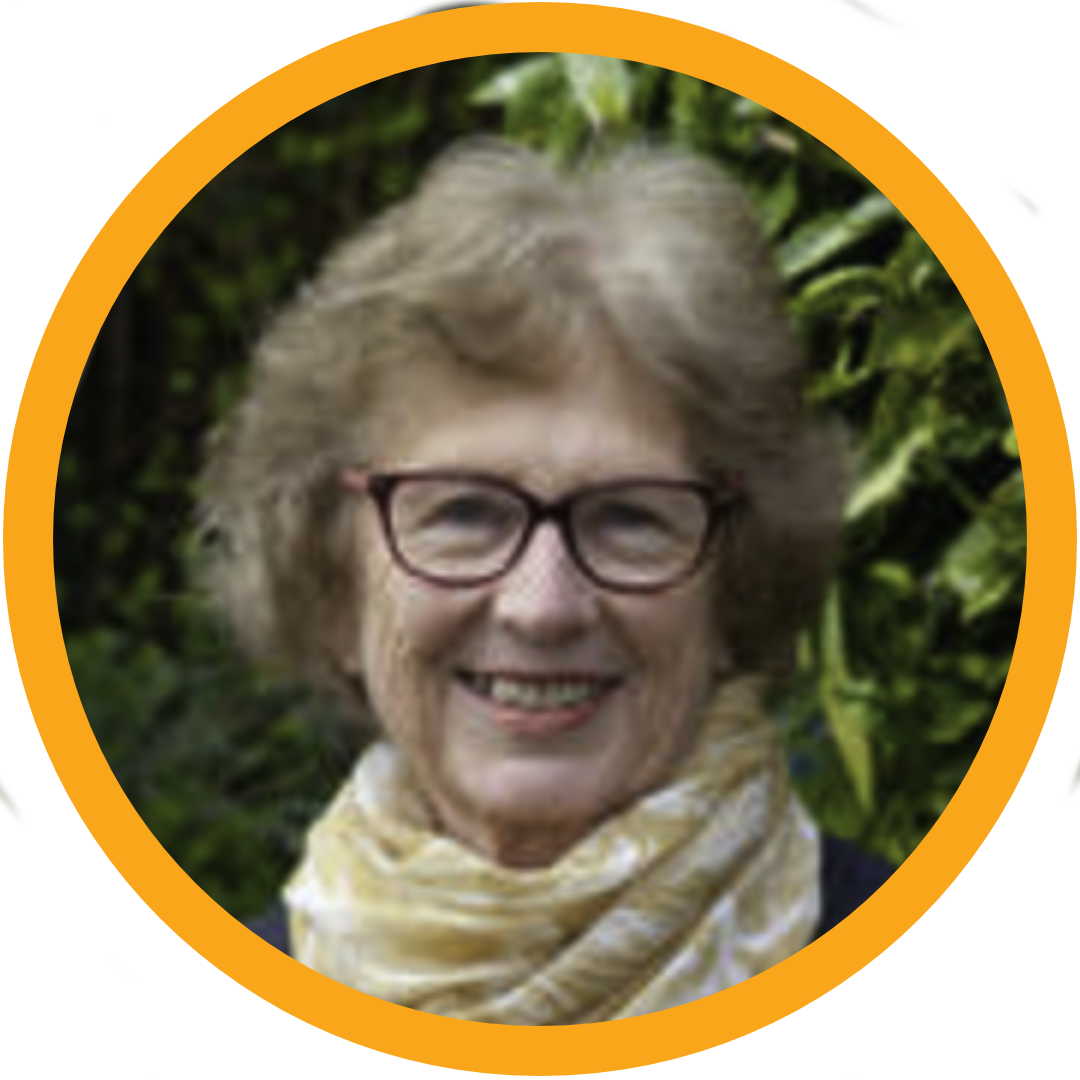 Attended Council Planning meeting – of note: housing development applications in the North of District are now impacted by Natural England’s demand that all new developments prove Water Neutrality, i.e. the new houses won't use any more water than present 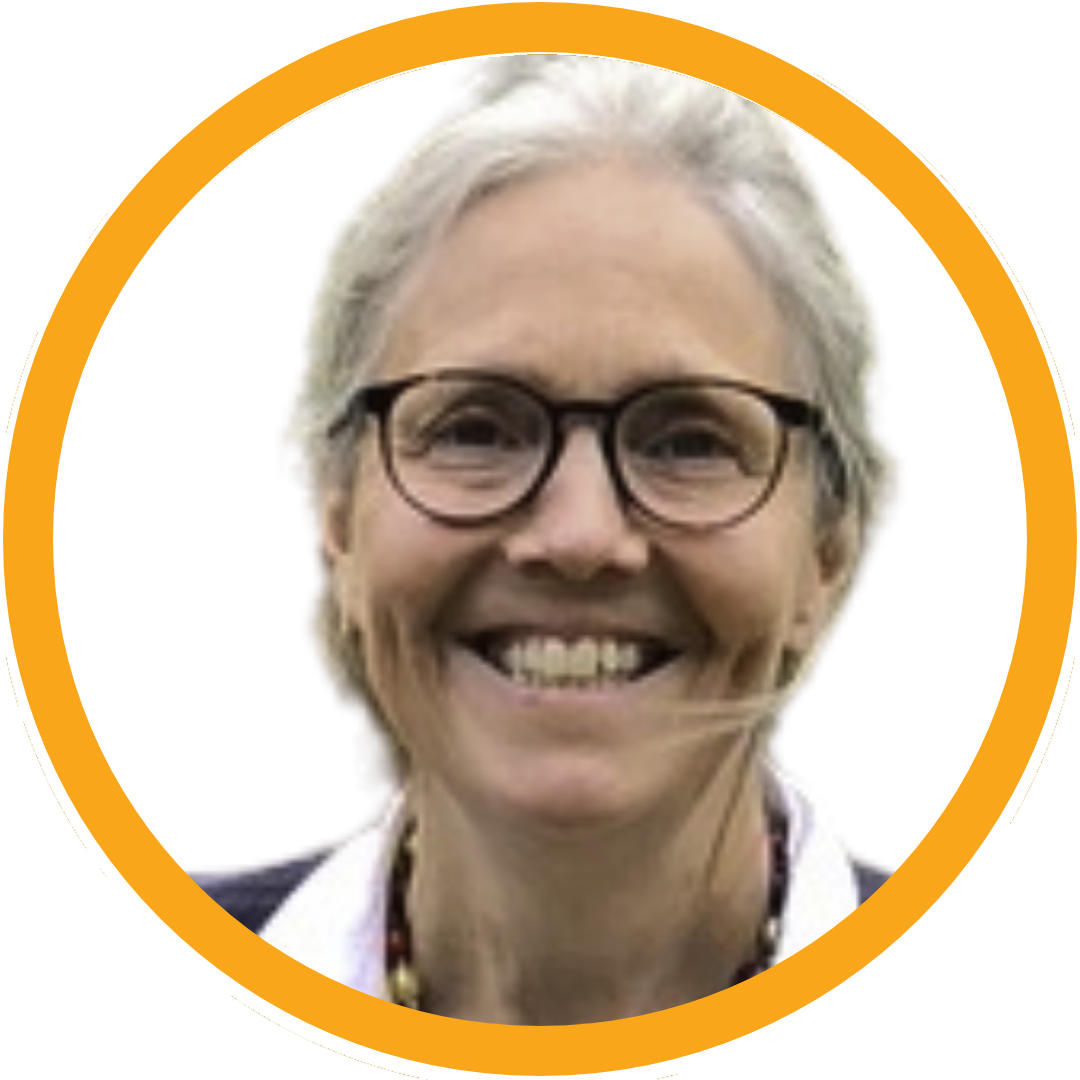 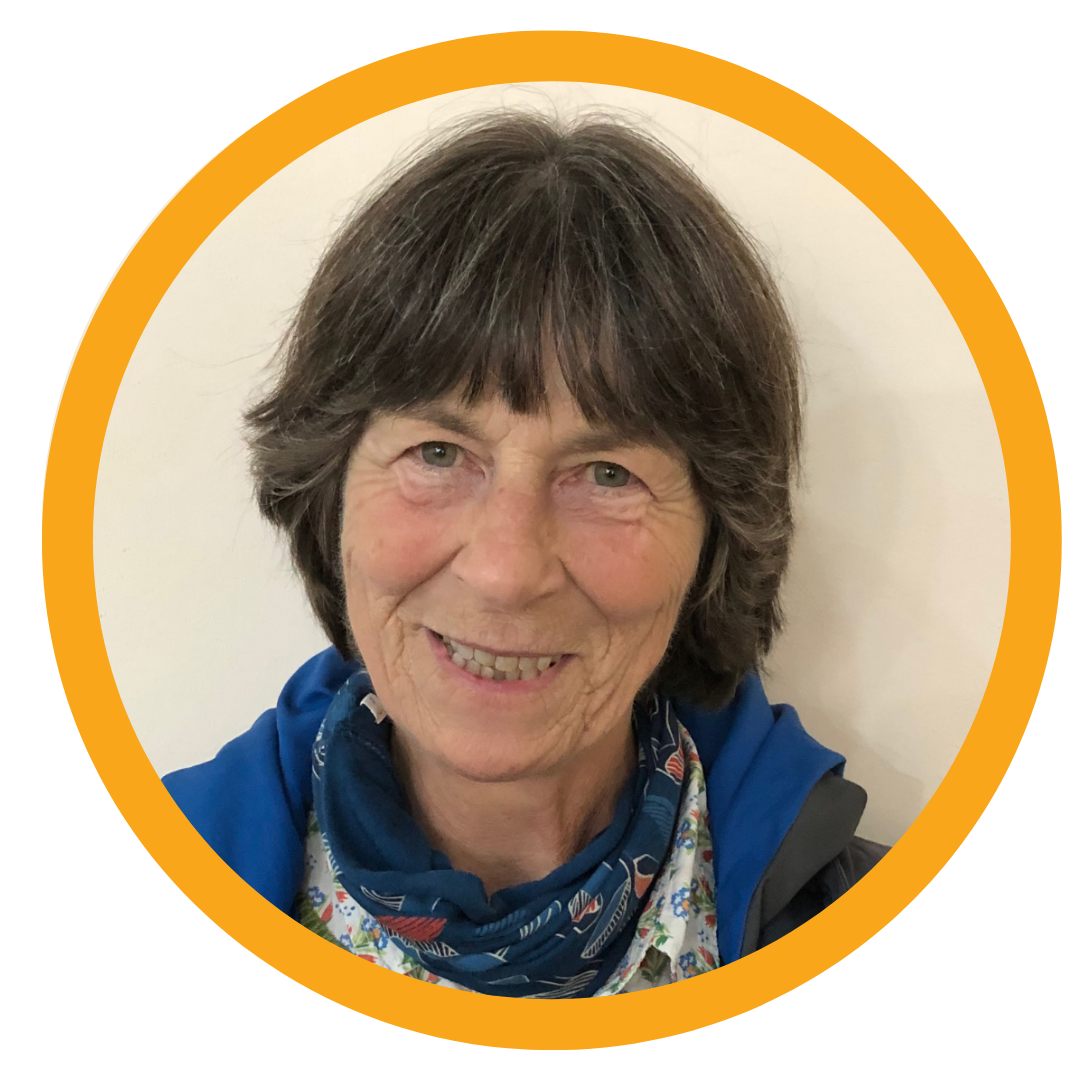 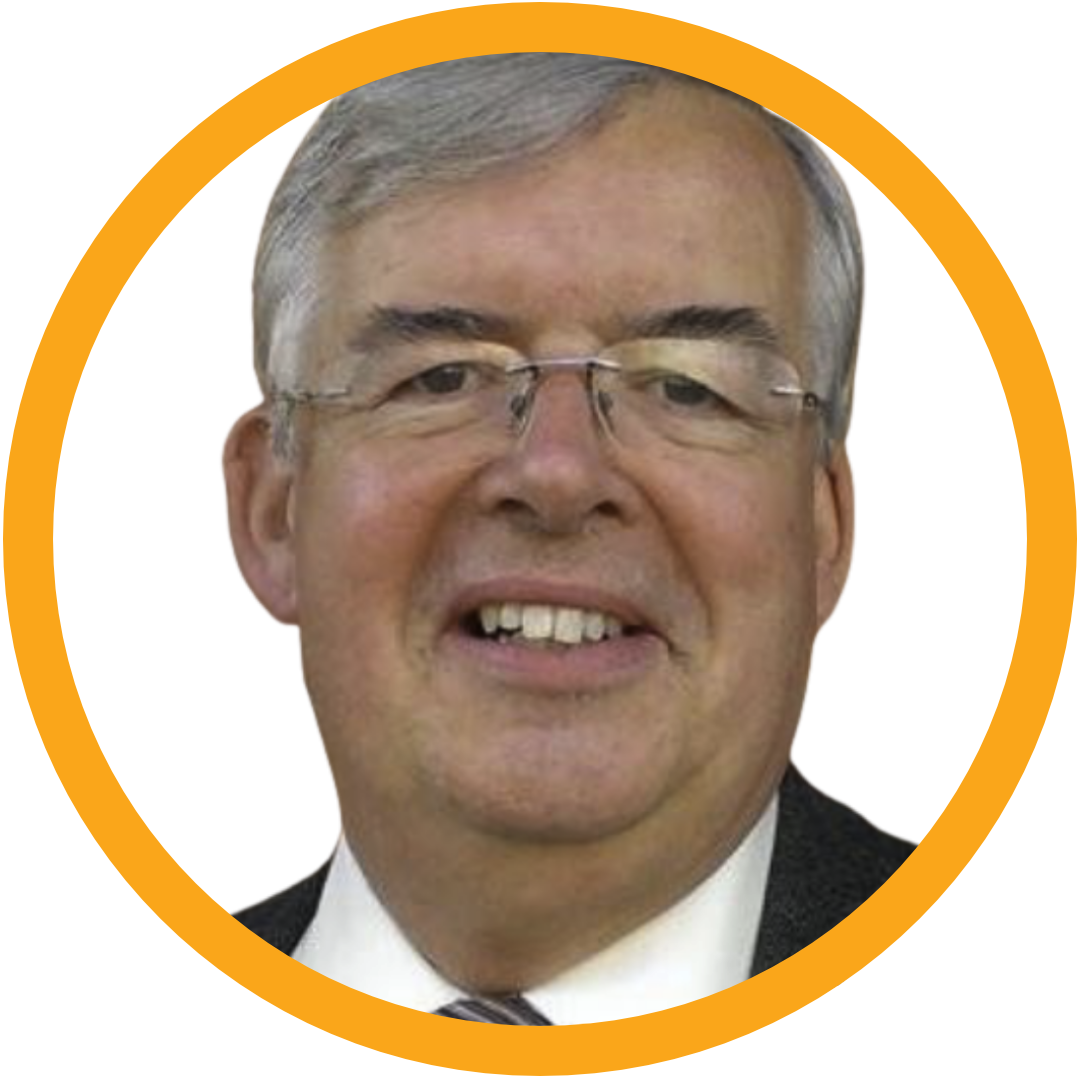 Nominated as Chairman of Council at the Chichester District Council Working with the Ukrainian refugees.

Heavily involved in the preparations for the Platinum Jubilee and in great demand as Town crier.

City Councillor for the Chichester West 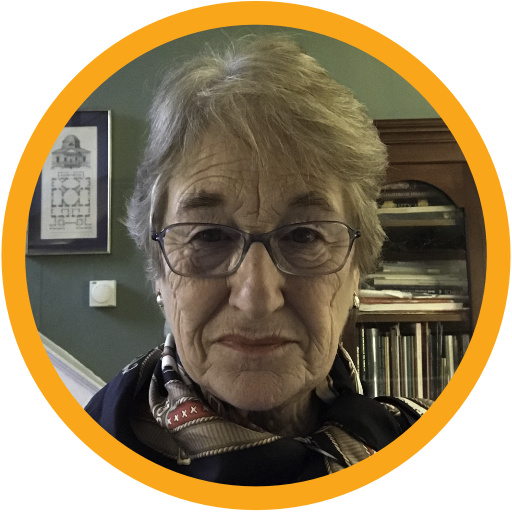 Minerva Heights – Mobilising local Residents’ Associations to address the recent revelation to local councillors by Miller Vistry (the developers of Minerva Heights – aka White House Farm site (WHF)) that they propose to stick with their original proposals for the Southern Access Road (SAR) which were opposed last summer by hundreds of local residents on the grounds of capacity, congestion, pollution and, most importantly, road – and pedestrian – safety. The planning application for this road went in at the very end of May 2022 to the national planning portal.

Elected Chair of City Council Planning and Conservation Committee. Items identified for attention include the Southern Access Road (SAR) and CDC’s current plans for the Bus Station which features currently as part of their Southern Gateway project. Local residents are strongly opposed to the whole notion of the demolition of the Bus Station and the dismantling of Chichester’s transport hub.

District Councillor for the Southbourne Ward 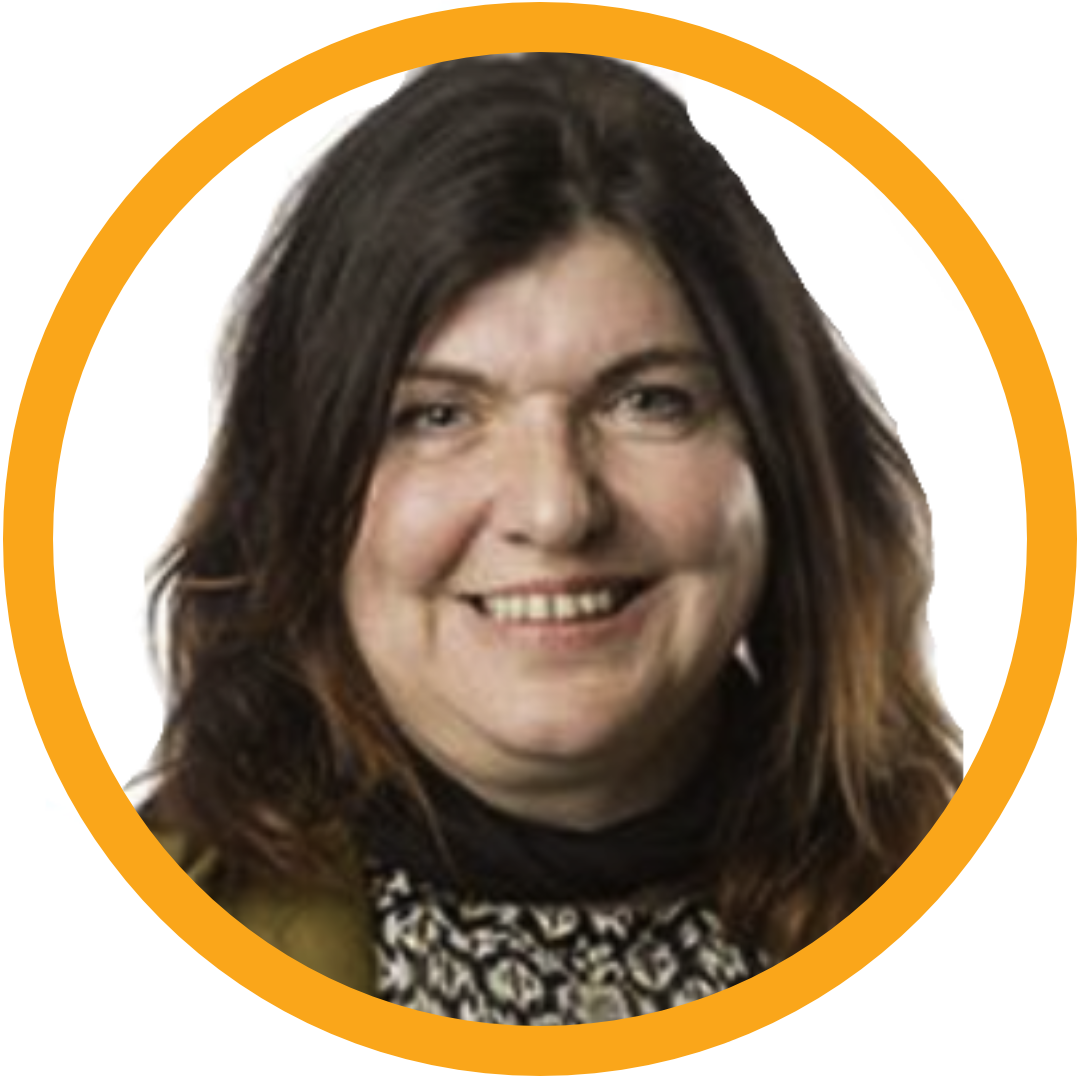